Harmful Pests for Your Trees

One cannot deny that there is nothing quite like summer in Wisconsin. Whether you are spending time on Pewaukee Lake, hiking or playing at a local park, or cooking out in the backyard, you are definitely enjoying nature in some form. One thing that can spoil your time in the great outdoors is bugs. The same holds true for your trees. There are several destructive pests that can harm your trees, and it is best to know what to look for and what damage may be inflicted. 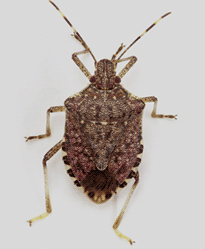 Known to have a large appetite and destructive to fruit, vegetable and nuts. They can cause tree fruit to produce significantly less crop. 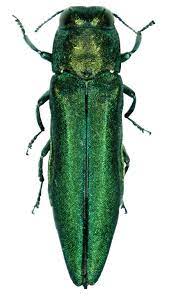 Known to be particularly harmful and one of the most discussed harmful tree insects. This pest is extremely invasive as it bores into ash trees and eats the tissue under the bark, eventually killing the tree after 1 to 4 years, depending on the tree’s size.

The Gypsy Moth caterpillars are known for their large and diverse appetites, including over 300 species of trees and shrubs. The caterpillars feed on the leaves and foliage exposing trees to disease and other pests that can eventually lead to the tree dying.

These beetles are also known to destroy various types of vegetation due to their voracious eating habits. The Japanese Beetle grubs, that live beneath the soil, feed on roots and can cause extensive damage to both your trees and your grass. 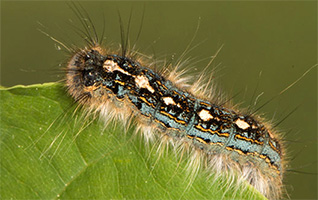 These caterpillars cause damage over time, as they continue to feed on the same tree for several consecutive years. If a tree has been defoliated for four or more years, this can lead to even a healthy tree dying. 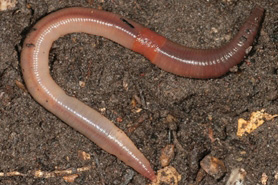 While it is widely thought that worms are good for the soil, heavy amounts can actually cause harm by changing the structure and composition of the soil. Other impacts from the result of over feeding by the jumping worms are loss of soil moisture, compacting & hardening of soil, root exposure, and soil erosion. 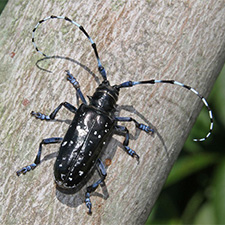 While these beetles aren’t currently found in Wisconsin, many predict that unless there is a giant eradication effort it is just a matter of time. These pests tend to infest maples and other hardwoods. Currently these pests have been found as close as Illinois and Ohio, as well as, Massachusetts, New Jersey, New York, and South Carolina.

If you suspect that your trees have been infested in any way, contact us today to protect your trees and those around your neighborhood. Also, as you are looking to build bonfires for those cooler summer nights, be sure you are aware of where your firewood comes from so as not to unintentionally transport any dangerous pests to healthy areas.